Acupuncture historically has been practiced in various forms in various parts of the world but only the Chinese have created such an elaborate therapy.

The word acupuncture means to pierce the body with sharp instruments and is virtually painless.

It is an effective treatment for about 70% of the population and is used Chiropodially from below waist level to complement more traditional therapies.

Modern acupunture is practiced and found effective with a wide variety of complaints such as osteoarthritic joint pains, certain knee conditions, sports injuries, poor circulation, ligament and muscle pains, sprains and strains, inflamed conditions such as Achilles tendonitis and neuromas. 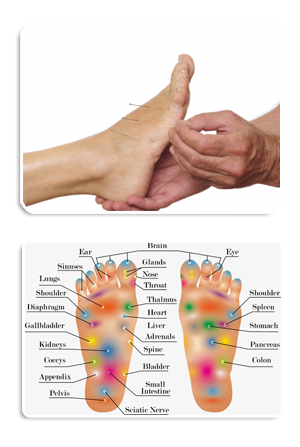